Summer is not far and it’s time to tackle cellulite. Last year we carried out a thorough 2-months survey and here are the results. If you want to skip straight to great offers, find them at the end of this blog. You have enough time for thorough treatment before summer arrives. To summarize, JOIK Organic Anti-Cellulite Oil was rated very positively by the testers and the effect of the product has been proven by people’s evaluations.

Circumference measurements decreased for 19 people out of 30 (65,5%) (average value of −1.05 cm) and stayed the same for 11 testers. The questions were presented as claims and the testers stated if they agreed with the claim or not. 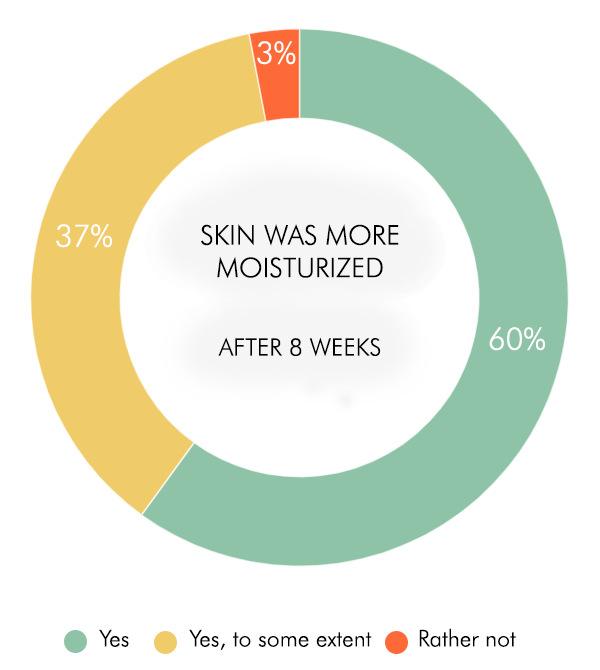 80% of the testers felt that skin’s orange peel appearance had diminished, either certainly or to some extent. With this question the development was noticeable when comparing answers on week 4 and week 8. When the overall positive answers increased from 70% to 80%, the biggest chance was with the „Yes, certainly“ claim, which increased from 17% to 40%. Two volunteers mentioned that the real change was only visible on week 8, so we can assume that if the testers were to continue using the oil, the results could be even better.

Overall response by testers was positive. Here are some of their assessments:

„I liked the product and will certainly continue for a month. It’s probably wise to do another treatment in autumn, because the result is fantastic:“

Click for more products.
No produts were found.
Choose your country
Left column